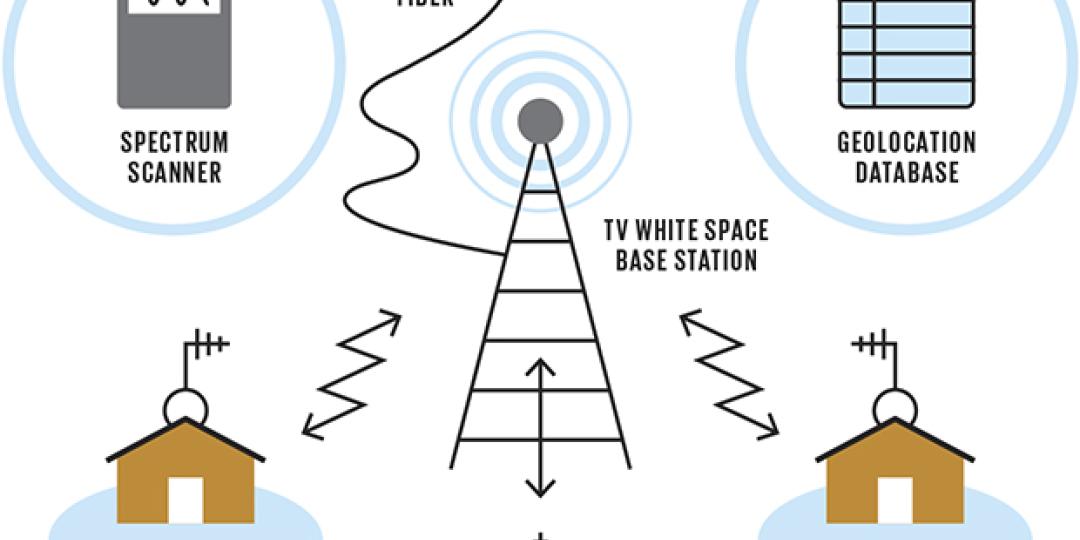 Thousands of community members in and around Ray Nkonyeni Municipality in the Ugu District of KwaZulu-Natal (KZN), will now have access to low-cost internet connection like their counterparts in the cities following a successful launch of the Television White Space (TVWS) technology in the area. The project was funded by the United Nations Development Programme (UNDP) through the Government of Japan and implemented by the Council for Scientific and Industrial Research (CSIR), with the aim of providing low-cost internet connection to the neediest communities around the country.

TVWS technology uses the gaps, known as “white spaces”, between terrestrial television broadcasts to deliver affordable broadband networks. AdNotes is the company that championed the use of the network as a viable alternative for the people of KwaXolo to provide the cheapest internet connection at R5 unlimited data per day.

Several other partners who came on board to support this initiative with funds and resources include the Office of the Premier of KZN, Ray Nkonyeni Municipality, One Mobile, Old Mutual Foundation, Black Umbrella, Inyosi Emporwement and SmartXchange.

“In partnership with the CSIR and with the support from the UNDP, Old Mutual Foundation, and the SmartXchange, we have managed to the build TVWS network as a viable alternative solution to bring affordable internet to thousands of families within the Ugu District and eThekwini Municipality,” said chief executive officer of AdNotes TVWS network Mr Nathi Mbele.

“The programme has made its TVWS technologies available to support small, medium and micro enterprises (SMMEs), mostly owned by women, the youth and persons with disabilities, in townships and rural areas,” said CSIR principal researcher Dr Luzango Mfupe at the launch of the project.

The Covid-19 pandemic has caused an exponential demand for remote working arrangements among individuals, companies, businesses, schools and universities. The beneficiary SMMEs under this programme are expected to enable a range of digital services in their respective communities, such as e-education, telemedicine, Internet of Things, smart agriculture, smart villages and e-financial services.

“Our objective as UNDP is to turn COVID-19 into economic opportunities in South Africa. Without ICT access, even more people would fall into poverty because of being unable to access the new way of work, missing employment and educational opportunities,” said UNDP resident representative Dr Ayodele Odusola.

The project is currently being implemented in stages. The first phase involved capacity-building webinars and technical training on the use of the CSIR spectrum innovation and network technology rollout with SMMEs in KZN, the Free State, the Eastern Cape and the Western Cape. The project was first launched in Mdantsane, Eastern Cape, with Mdantsane Mobile. The most recent launch was held in KZN with Adnotes TVWS network.