Check Point® Software Technologies Ltd., has noted with concern the recent cybersecurity breach to Dis-Chem’s customer database.  According to the pharmacy group, nearly 3.7 million of its customers’ personal information, such as email addresses and cellphone numbers, were compromised due to unauthorised access involving a third-party service provider. While Dis-Chem has stressed that information such as identity numbers and medical or financial data has not been compromised, the leaked data can be combined with other personal third-party data that’s been illegally obtained. This may be used in more advanced phishing, social engineering, and impersonation attempts.

Phishing, which is the deceptive practice of luring people into providing their log-in credentials or other sensitive data, is becoming ubiquitous and increasingly sophisticated. Dis-Chem’s data compromise is yet another reminder for organisations to add an additional layer of protection that’s designed to detect and block these social engineering attacks before they reach users.

Staying one step ahead remains paramount across industries, both globally and locally. The Check Point Threat Intelligence Report revealed that, an organisation in South Africa experienced a cyberattack 1675 times per week, compared to 1117 attacks per organisation globally. Based on weekly attacks, retail – the industry that Dis-Chem operates in – is among the top-five impacted industries in South Africa.

It’s critical that organisations reduce the risk of cyberattacks through a prevent-first approach. Key security measures include implementing automated, real-time protections for identified exploits, as well as extending threat prevention and hunting capabilities across all environments: network, endpoint, cloud, and mobile.

Check Point Software Technologies believes it’s imperative that South African organisations have robust cybersecurity in place, such as threat prevention with layers of cloud and mobile security. Today’s Gen V attacks, which use advanced attack tools that take advantage of a broad attack surface, only compound this pressing need.

Technical webinar: How does NFC change the engineering world? 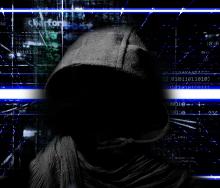 There are some key differentiators that businesses seeking a cloud security solution should consider. 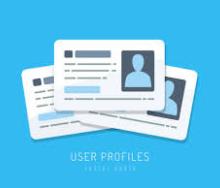