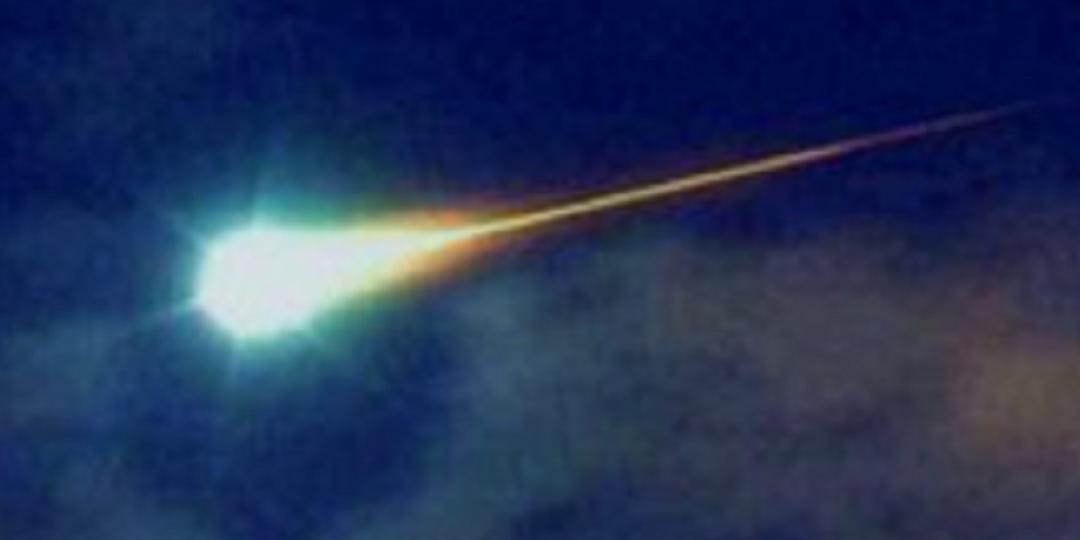 Fireballs, or bolides, are intense trails of light emitted from meteoroids or asteroids that slam into Earth’s atmosphere. These high-altitude objects usually explode—with energies that can exceed a 5-kiloton TNT blast, greater than some nuclear bombs—and disintegrate into a shower of small meteorites.

Each year, ground telescopes witness only about a dozen or so of these rare flashes with enough detail to extract data from them. Now, scientists have discovered that they can repurpose lightning-spotting data from two satellites, GOES 16 and 17 (Geostationary Operational Environmental Satellite), that orbit over the Western Hemisphere to shed light on these flashes. Researchers created a new database of more than 2,600 bolides that were described and presented on 13 December at AGU’s Fall Meeting 2021. The team also presented its study and its implications for understanding asteroid threats in the 1 November issue of the journal Icarus.

With instruments aboard GOES 16 and 17, “we can observe a class of meteoroids that the ground-based observatories cannot effectively study because they’re too rare for them to see in their relatively small observational areas.”

To see these dramatic events, a group of scientists led by Jeffrey Smith, a data scientist at the SETI Institute and NASA Ames Research Centre, used machine learning analysis to push the detection rate of bolides in the satellite data from 0.2% with classical methods to nearly 80%. With lightning-mapping instruments aboard GOES 16 and 17, “we can observe a class of meteoroids that the ground-based observatories cannot effectively study because they’re too rare for them to see in their relatively small observational areas,” Smith said.

Using the analysis technique developed for NASA’s Asteroid Threat Assessment Project, Smith and his team scoured data from the Geostationary Lightning Mapper (GLM) instruments aboard the GOES 16 and 17 satellites, operated by NOAA. They found a handful of bolides each day over North America, South America, and large parts of the Pacific and Atlantic Ocean basins. The detections are posted to a publicly available database about every week.

“The way an asteroid breaks up in the atmosphere and produces a bolide tells us about its internal strength, which is very important if you want to do things like deflect a bigger asteroid.”

The explosions are sparked by what Smith calls “reasonably sized objects”—rocks from space with diameters between 0.1 and 3 metres. Bolide sizes seen by the GLMs are in a sweet spot—they are big enough to compare with large asteroids but common enough (with the proper detection device) to have sufficient data to generate statistically significant patterns.

“The way an asteroid breaks up in the atmosphere and produces a bolide tells us about its internal strength, which is very important if you want to do things like deflect a bigger asteroid,” said Peter Brown, who studies meteor physics at the University of Western Ontario and was not involved in this study.

One limitation of the study, according to Smith, is that the lightning mappers are more sensitive to faster bolides, biasing the data set.

Parsing the data: lightning or bolide?

When a blazing bright light floods the sky in the Western Hemisphere, data travel from the two lightning mappers on the GOES satellites to NOAA, where they are processed to capture lightning events. Data then branch off and travel to supercomputers at the NASA Ames Research Centre to spy the bolide flashes that scientists like Smith have trained them to recognise.

“The scientist—instead of spending all their time having to manually search for data—lets a computer do the labour, freeing up the human to be more creative,” said Smith.

In the future, Smith and his team want to get the machine learning precision to near 95%—15% more than what’s currently being achieved—so they feel comfortable automatically posting results to the website with minimal human intervention. Planetary scientists and their colleagues can then use the database to answer some of Earth’s (literally) impactful questions, including possible threats posed by the objects.