’The value of licensing Broadband spectrum for South Africa does not only lie on the amount raised for the National fiscus, but on the impact it will have on the socio-economic development of the country the Minister of Communications and Digital Technologies, Ms Khumbudzo Ntshavheni said. “At the immediate, the Department of Communications and Digital Technologies, ICASA and the successful bidders will speedily finalise the 36-months implementation plans for the connection of 18 520 public schools, 5 731 public health facilities, 8 241 offices of traditional authorities, and 1 154 police stations”. 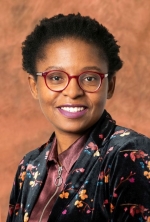 Furthermore, the availability of the spectrum will increase the pace of rollout of connectivity to areas that do not have access to networks, where communities still have to travel a distance to just make a call or let alone to receive an email. The provision of both private and public services will also improve as the country will have an opportunity to use digital technologies in a way that improves both efficiency, productivity, and access. The Minister said that Government remains committed to ensure the lowering of the cost of communicating which will also be bolstered by an increase in adoption of technology.

Ms Khumbudzo Ntshavheni has congratulated ICASA and the bidders on the successful conclusion of the auction for high demand frequency communication spectrum. The Minister is pleased that the auction raised, which is R6 billion above the initially anticipated amount.

The Government is still mum on the WOAN (wholesale open access network) which for years was on the top of the agenda. The WOAN concept has not succeeded anywhere, including in Mexico which was the Government’s example of a successful WOAN project. It has recently been scrapped.