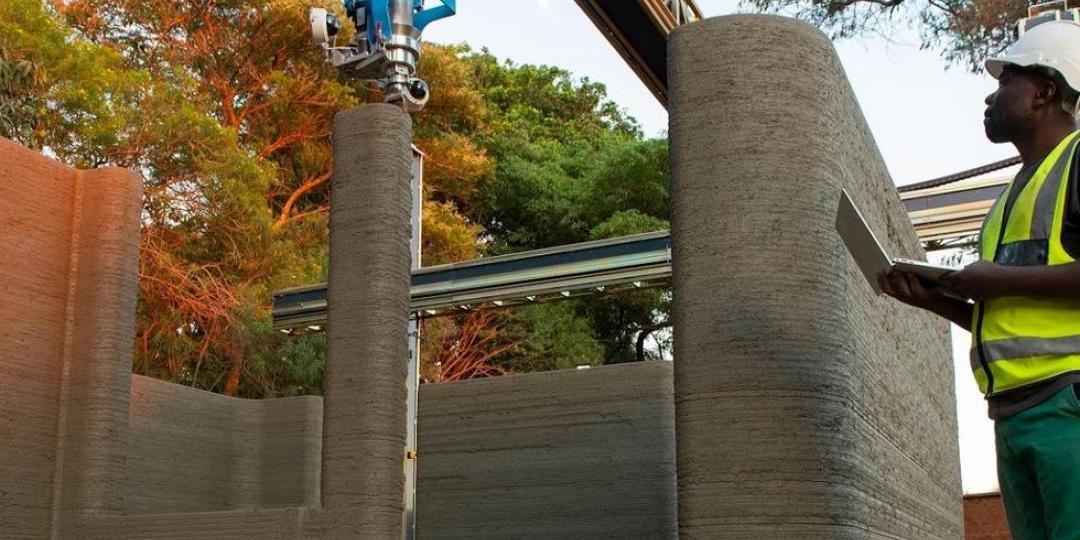 Databuild CEO Morag Evans believes it is. “The sooner our construction industry embraces 3D printing technology, the sooner we will reap its manifold benefits,” she says.  3D printing is not new to construction. Since the first 3D-printed commercial building was constructed in Dubai in 2016, the technology has been used all over the world – including Africa – to create office spaces, homes, schools and even pedestrian bridges. Indeed, Malawi recently became home to the continent’s first 3D printed house and the world’s first 3D printed school.

The technology involves the use of enormous 3D printers which extrude or ‘print’ layers of a specially mixed material, not unlike concrete, to create the required structure.

“A significant advantage of the technology is that recycled materials can be used to create the concrete, which reduces the build’s impact on the environment,” says Evans. “But the benefits go much further”.

Developers and contractors are faced with increasingly shrinking budgets and tighter deadlines, which make for very small profit margins. This is where 3D printing can play a pivotal role.

The beauty of the technology is that it is significantly quicker to execute, with projects being completed in a fraction of the time it would take using conventional construction methods. For example, it can take up to several weeks or even months to build an average-sized home, but with 3D printing technology a residence can be constructed in less than 24 hours.

3D printing also facilitates savings on production costs because the printer uses the precise amount of materials needed for the build, and accurate materials quantities can be ordered, which means little to no construction waste is generated on site. Additionally, the printer receives dimensions from a software program, so the structures produced are virtually error-free, which results in further cost savings.

Perhaps one of the biggest benefits of 3D printing is that it reduces the number of injuries that occur on site. The industry has a bad reputation when it comes to worker safety. Risky construction activities, as well as site and environment conditions, are the main contributing factors to accidents and fatalities on construction sites. The automated nature of 3D printing, however, means workers can do their jobs more easily which ultimately leads to fewer injuries and fatalities.

But what will 3D printing mean for the future of jobs in this sector?

3D printing has the potential to create numerous jobs in the construction industry, says Evans. “Besides the skills needed to manufacture, sell and maintain 3D printers, the technology will fuel the demand for specialised skills in areas such as design, model making and prototyping. Evans points out that 3D printing only enables the frame and walls of a building to be constructed. “Windows, plumbing, electricity and other elements must be installed separately so the demand for jobs in these areas will remain.”

More and more construction role players are committing to green design and sustainable construction practices. Consequently, as 3D printing technology matures, it won’t be long before 3D-printed structures are the norm rather than the exception, Evans predicts. For more information go to:  https://www.databuild.co.za/