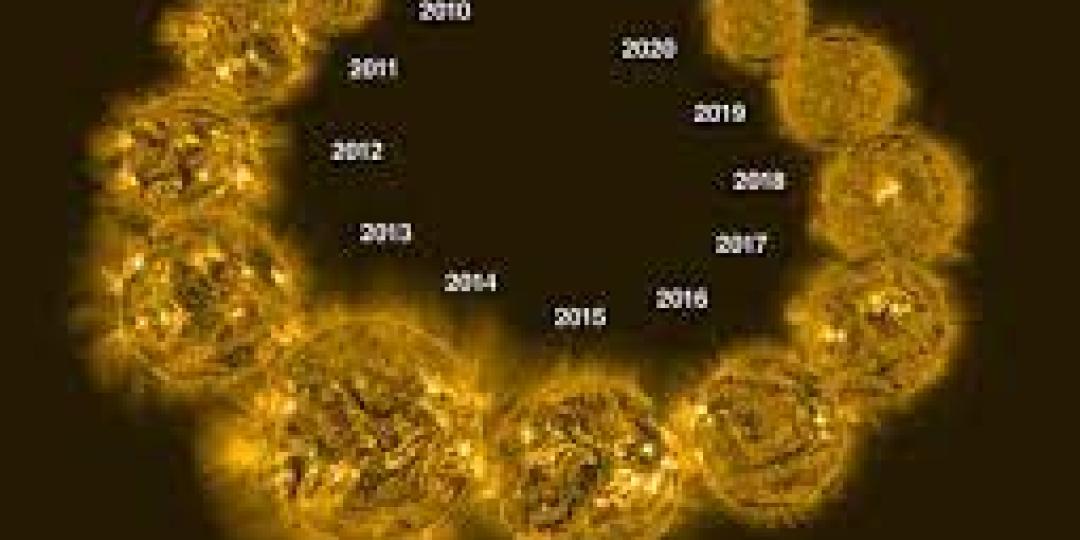 For much of the past year, the space weather community has been buzzing about the strong performance of young Solar Cycle 25 (SC25). Every month, sunspot numbers seem to be higher than past official predictions. Does this mean we're about to have a strong Solar Maximum? "Not so fast," cautions Dr Ron Turner, an analyst at the ANSER research institute in Virginia. "It may be too early to anticipate a strong solar cycle."

This graph shows why Turner is sceptical: 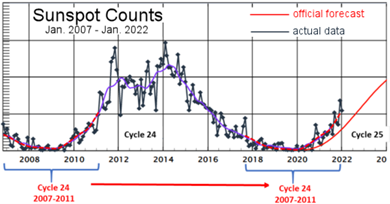 Solar Cycle 25 is doing something interesting. It is mimicking old Solar Cycle 24 (SC24). "I took sunspot numbers from the early years of SC24 (the red dashed line) and overlaid them on SC25," says Turner. "They're an almost perfect match."

This is significant because Solar Cycle 24 went on to become the weakest solar cycle in a century. Its sizzling start did not lead to a strong maximum. Turner isn't saying that Solar Cycle 25 will likewise be a dud. But, rather, "these early sunspot numbers are not enough to guarantee a strong cycle."