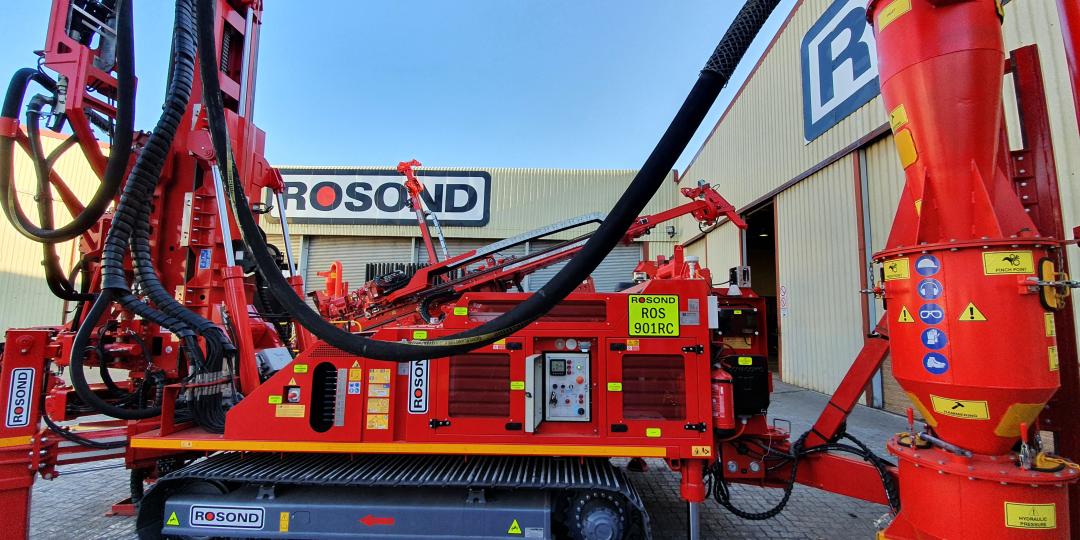 Deployment of 28 next-generation drill rigs at Kumba Iron Ore in the Northern Cape is part of Anglo American’s FutureSmart Mining™ strategy to transform the future of mining. According to the company, step-change innovation is required in terms of technology, digitalisation and sustainability.

Revolutionising the way that drilling is traditionally carried out in the mining industry, the new exploration drill rigs from Rosond of Midrand combine automation, software and data analytics and machine learning. This is part of the company’s own transition into a fully-fledged drilling technology provider.

“When we developed the new drill rigs initially, we had to understand the broader context of FutureSmart Mining™, which is essentially Anglo American’s overarching project to modernise all of its mining operations. Ensuring that our drill rigs conform to this vision also allowed us, as a company, to tap into the concept of ‘smart’ mining”, Rosond  managing director  Ricardo Ribeiro told EngineerIT.

The development process commenced in 2012 with a decision to partner with Comacchio, which had the capability to manufacture according to Rosond’s own specifications. A family business too, Comacchio’s values and vision aligned closely with that of Rosond, resulting in the extremely successful partnership that it is today.

“It also resonated with our understanding of how business needs to be conducted. The partnership commenced with a single drill rig in 2012. This was in the field for a good five years before we decided to embark on the development process for what we have currently. It is not an off-the-shelf solution, which is very different to the rest of the market. What differentiates us as well is our keen insight into the operational difficulties imposed by the mining environment. Our choice of partner at the end of the day had to take all of this into account”, Ribeiro said.

Thanks to this philosophy, Kumba now has the most technically advanced and innovative drill rig fleet in the world, let alone in South Africa. “It is a combination of the number of drill rigs and the technology behind them. I honestly do not believe  that any mining operation in the world currently has the level of technology that has been deployed at Kumba,” asserts Ribeiro.

Telemetry will be used to obtain data from the 28-strong drill rig fleet at the iron ore operation, which will be crucial to underpin the improvement in efficiency and productivity that Anglo American will achieve in the long term with the new technology. This also represents the next step in the evolution of Rosond itself, which will strive to offer various geological solutions based on interpreting the data itself.

The final batch of 28 state-of-the-art drill rigs were dispatched to Anglo American’s Kumba Iron Ore operation in the Northern Cape in December last year to be rolled out at the Kolomela and Sishen mines. It forms part of a R2 billion, five-year tender won by Rosond to supply Anglo American with the latest drilling technology as it modernises its geoscience operations.

About Rosond
Rosond provides fast, efficient, safe and cost-effective drilling and grouting services to mining and exploration industries throughout Africa. For over 60 years, Rosond has applied advanced design and engineering disciplines to create client-specific solutions. State-of-the-art, in-house manufacturing facilities provide products designed and engineered to meet clients’ specific demands, while an experienced team of engineers and artisans ensure a solution in keeping with global best practice.