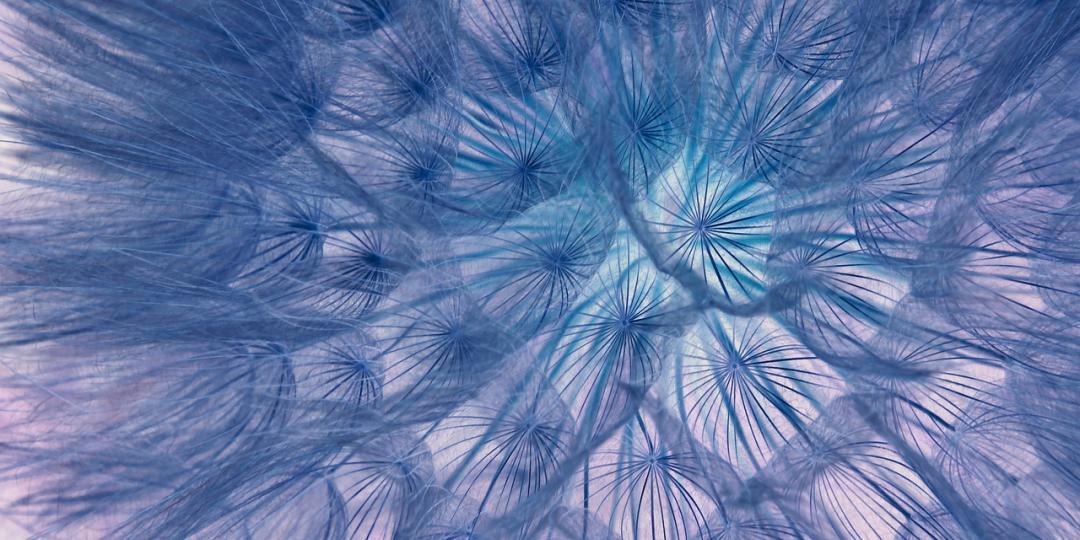 The effects of wind are very important in selecting the right load cell capacity and determining the correct amount to use in outdoor applications. In analysis, it must be assumed that the wind can (and does) blow from any horizontal direction.

The figure shows the effects of wind force on a vertical tank. Note that not only is there force distribution against the tank on the windward side, but also a “suction” distribution on the leeward side. These forces tend to be addictive and can tip the vessel over in the direction of the wind. On the sides of the tank, the forces are equal in magnitude but opposite in direction, resulting in no effect on the overall stability of the vessel.

The maximum air velocity of wind depends on the geographical place and height and the local situations (buildings, open field, sea, etc.). A national meteorological institute can provide more statistical data to determine how air velocity should be taken into account.

The installation is mostly affected by horizontal forces, acting in the direction of the wind. These forces can be calculated by:

Hence, for upright cylindrical vessels, the following formula can be used: 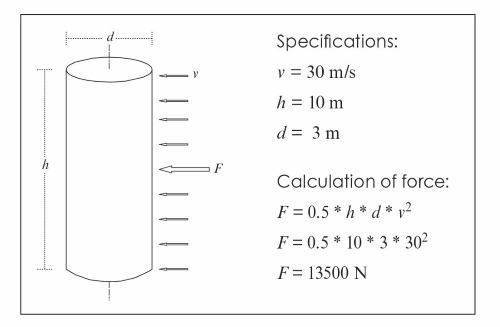 The effect on load cell capacity and mounts 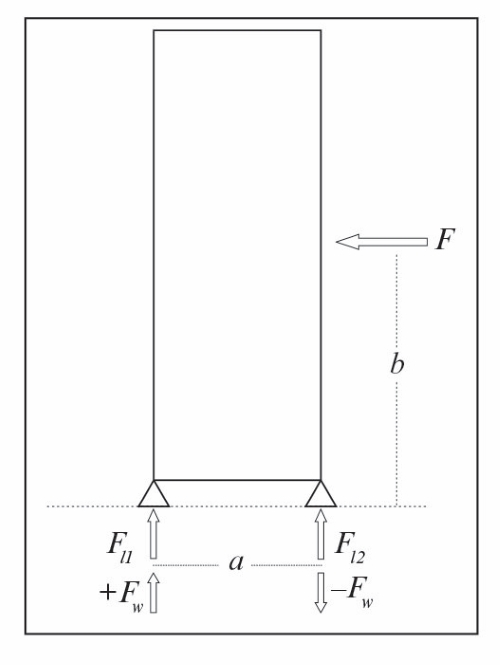 F1 = force on the load cell

a = distance between load cells

Using a calculated wind force of 13500 N and a value for b which is approximately half the height of the vessel, Fw can be calculated by:

In the case of an empty vessel, uplift protection should be considered if the tare weight of the vessel on each load cell is smaller than or equal to 2 250 kg. In the case of a fully loaded vessel, 2250 kg should be added to the calculated load cell capacity to prevent the load cells from being overloaded. It is common practice to multiply the calculated wind force on a load cell with a safety factor of two (2) or three (3). 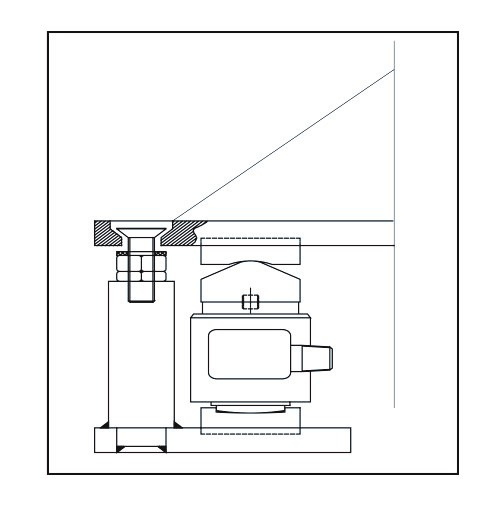 If the mount does not offer uplift protection, one may be established externally as per the drawing opposite. The uplift protection should be adjusted with a clearance of at least one mm and requires regular inspection of this clearance.

The selection of which capacity to use in a weighing application should be based on the following factors:

The specifications illustrated on the load cell data sheet should be the basis for calculating the accuracy of a non-approved weighing system.

The accuracy of a weighing system which must be approved by the “Weights and Measures” has to meet a relevant OIML recommendation. For example, non-automatic weighing systems have to meet OIML R 76-1 edition 1992 (E).