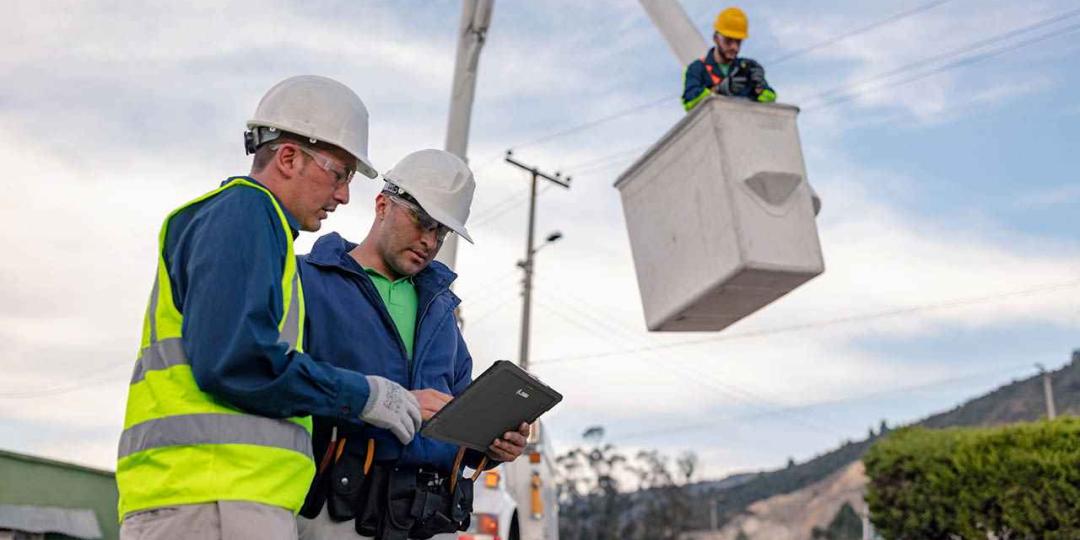 If you’ve heard a lot of different opinions about what makes a tablet or laptop a 2-in-1 computing device, know you’re not alone. In my 20+ years in the mobile computing industry, I’ve heard every point of view there is. Some say it’s a laptop with a foldaway keyboard. Others argue it’s a tablet with a detachable keyboard. A few people have even claimed 2-in-1s shouldn’t be considered laptops or tablets – that they’re in a category of their own. (Convertibles, perhaps?)

It’s hard to say who’s right or wrong. But I will say this: 2-in-1s aren’t what they were even five years ago – at least not in the enterprise mobile computing space.

Detaching from the past

There are millions of people around the world who don’t work in a traditional office setting and probably never will. Yet, they all need a full office setup to do their jobs. I’m not talking about those who shifted into a remote work status due to the pandemic, either. I’m talking about engineers, first responders and emergency personnel, investigators, insurance adjustors, utility technicians, residential and commercial service providers, military personnel and others out in the field every day helping to build, protect, maintain, serve and restore our communities.

They need the same access to operational information as any other workers in their respective organisations – perhaps even more urgently. Therefore, they need a way to stay digitally connected to critical infrastructure systems and each other, no matter how physically distanced they are from the office or their colleagues. Situational awareness is a mainstay of their jobs. That’s why public safety and utility crews were among the first to test and use rugged tablets over 20 years ago. They needed a computing solution that mimicked the desktop experience but was truly mobile.

Though rugged laptops became wildly popular among mobile workers who spent a lot of time driving from one site to the next, most were too bulky and heavy to ever remove from the vehicle dock. To be honest, it’s still that way today despite the advancements made to slim down devices. The 2-in-1 rugged tablet has become the more logical form factor for front-line workers as it gives them a laptop-like device and many capabilities laptops can’t offer. For example, the modularity of the 2-in-1 rugged tablet allows the screen to be removed from the keyboard, giving users more flexibility and functionality. They can do their jobs with the lighter weight and more mobile tablet form factor and still have the keyboard for instances when extensive data entry is required. It is also more likely to have multiple USB ports – including specialised HDMI-in, True Serial and RJ-45 input/output (I/O) – as well as built-in barcode scanners, a common access card (CAC) reader and antenna pass-throughs.

In addition, newer generation rugged 2-in-1 tablets offer push-to-talk communication and collaboration tools, super-bright screens and universal docks that offer even more I/O ports. These features enable front-line workers to stay productive everywhere they go and transition from one place or task to the next without having to transfer data from one device to another.

If it’s time to replace your mobile workers’ laptops – or you’re just tired of hearing them say “I’ll send that report in when I get back to the office” – then start looking at your rugged 2-in-1 tablet options. Don’t waste any more time or money buying or managing laptops that aren’t really keeping them productive and connected.

Plus, some newer rugged 2-in-1 tablets have friction hinge keyboards that give workers a laptop-like experience. So, people may not even notice they don’t have a real laptop until they need a tablet. Then they’ll notice a huge difference. They’ll finally be able to get work done from their “office,” wherever that may be today.

You can learn more about rugged 2-in-1 tablets here.