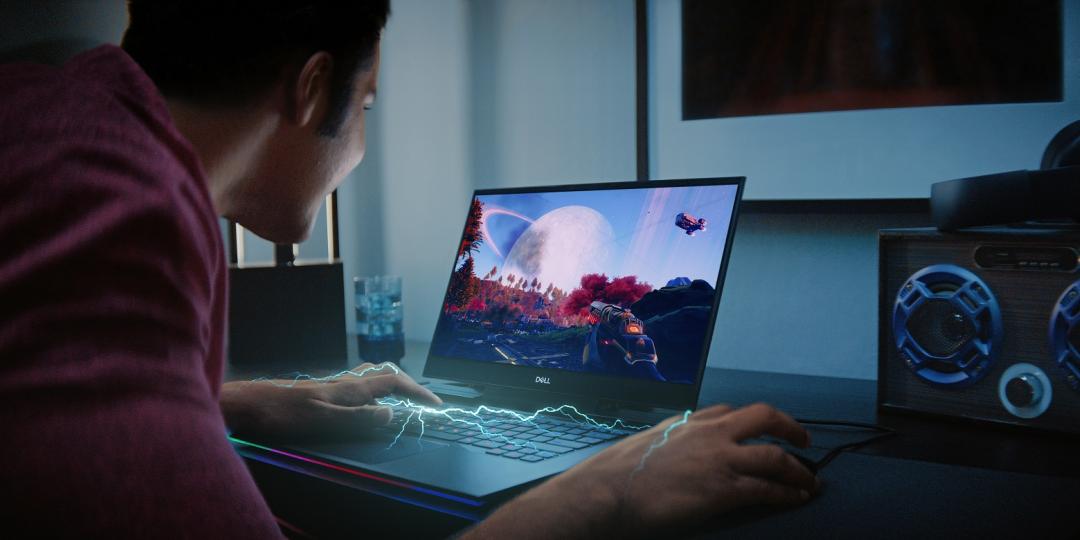 With limited mobility and more time on their hands, across the globe more people were reaching for the joystick- some even for the first time – making the gaming industry one of the fastest growing forms of entertainment over the past 24 months.

Today this thriving mega-dollar industry is emerging as a gamechanger and shaping a future that is both inclusive and rewarding.

Pause: A window to an inclusive world

Many took to gaming to connect with the outside world. As nations, communities and social gatherings were put on pause, gaming offered a window to another world. Some approached it to support their physical and emotional wellbeing, others reached out to pass the time or learn a new skill, some simply to remain connected and be a part of a lively community. The uncertain pandemic timeline brought many first timers to the gaming fold and helped the industry grow in leaps and bounds.

This growth and transformation of the industry has resulted in a new gamer profile, breaking the old myth that players are primarily males and are isolated from a social life. Today there are no gender or age barriers to becoming a videogame fanatic and more people are playing to relax, for entertainment and to reduce stress.

For instance, a global report  from Alienware and Researchscape titled ‘State of Gaming’ showed that most gamers are dynamic and balanced. The players don’t just focus on playing at a high level, but also give priority to relating with other players. One out of every four gamers surveyed have made new friends (26%), have gotten closer to friends who play (25%) and have made close ties through video games (25%), proving that video games can unite people in an incredibly unique way.

In South Africa, the gaming culture is constantly growing and is proving to be an important market. Across the continent, the sector is expected to register a CAGR of 12% between 2021-20261. As one of the largest video game markets in Africa, the value of the video games market in South Africa is set to reach R5,4 billion by 2023, up from R3,5 billion in 2018.2

The local gaming and eSports community also continues to proliferate with homegrown streamers who have garnered loyal fans and built a close knit group of dedicated subscribers. Bravado Gaming, sponsored by Dell Gaming, Alienware and Intel have seen this up close and personal. For the last 15 years they have continued to innovate and build an ethos around African champions - from representing South Africa and Africa at multiple competitive events across the world, to building a first of its kind in the region with a streamer and content creator team made up of nine individuals. As the path to professional gaming and content creation becomes more of a widespread phenomenon, together with such a boom in the demand for gaming content of all forms, Bravado have been able to capture the hearts of not just the fanatics but the casual gamer too. As the industry expands, one can expect many more regional gamer and streamer talents to emerge alongside tailored South African gaming content.

So, how is the sector which shape shifted, especially in the last 24 months, going to evolve in the coming years? The industry is expected to move further and turbocharge its growth in the near future.

With around 37% of the South African population under the age of 35 and with approximately 11 million gamers in the country1, the industry is expected to go mainstream and see its usage moving beyond virtual gaming rooms and into classrooms, businesses, and eventually defining the future of work.

Gaming in education will help address learning difficulties, support collaboration and build truly impactful, inclusive knowledge-sharing environments. Over the next decade, organisations will empower workers by cultivating real-time collaboration practices that are embedded in gaming, coding and distributed communities. Skills such as strategic thinking, hand-eye co-ordination, response time, teamwork and leadership capabilities, honed through gaming, will be highly regarded in the professional world.

Locally, coding gaming technologies will not only open up job opportunities in a digital economy but also nurture aspiring young talent and future global champions. Furthermore, this widespread usage will see the sector tapping into fast growing technologies such as 5G, Edge, cloud computing, artificial intelligence and machine learning. With the amount of data generated, gaming will become a significant user of these technologies. From the latest processors to powerful discrete graphics cards, they make every experience more intense and real. Today, gaming laptops and desktops can render the incredible visuals that many modern games are known for. However, new games are constantly pushing the envelope when it comes to beauty and complexity; cutting-edge gaming requires cutting-edge machines that are engineered with the specific, demanding needs of the gaming audience in mind.

The future for gamers is here. The stereotype we once had about gamers is now in the past. Today a gamer is dynamic, social and successful. And just like the adrenaline-packed video game technology, the regional player’s profile is continually innovating – and ‘loading’.