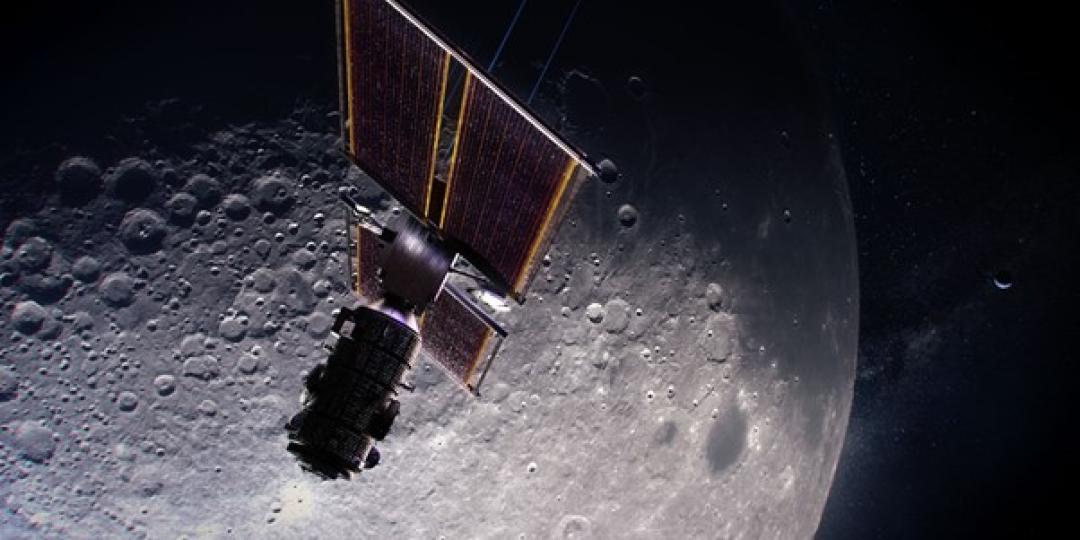 The Gateway’s HALO element, seen silhouetted here, will be a habitation space for astronauts. Combined with the Power and Propulsion Element, this will be the initial structure launched into lunar orbit.

It’s been nearly 50 years since humans last stepped foot on the Moon. Now NASA’s multifaceted space exploration programme known as Artemis aims to re-establish humanity’s lunar presence. The ambitious programme plans not only to send the first woman and first person of colour to the Moon but also to explore the mostly untouched lunar landscape. Pivotal to the Artemis programme is the Artemis Gateway, a Moon-orbiting space station that is on track for an initial launch as early as November 2024.

“We are now at the precipice of extending our boundaries beyond Earth’s gravity,” and the gateway plays an important part, said heliophysicist Sabrina Savage of NASA Marshall Space Flight Centre, a researcher with the Artemis Gateway team. “It is undeniably exciting.”

Among other features, the gateway will contain living quarters, known as the habitation and logistics outpost (HALO), and a docking area for lunar landers and astronauts to come and go. Unlike the Apollo missions, this capacity will allow Artemis missions to re-use spacecraft and stock up with supplies for extended lunar surface explorations.

Like the International Space Station (ISS), the Artemis Gateway will carry scientific equipment and experiments. However, the gateway will be significantly smaller than the ISS, and it won’t be permanently occupied. Its primary goal over its anticipated 15-year tour of duty will be to support Artemis missions to the lunar surface below, but another vital function rests between its titanium walls: cross-disciplinary scientific research and collaboration.

Already, Canada, Japan, and the European Space Agency (ESA) are contributing their support to several aspects of the project, including refuelling, habitation, and external robotics. The Canadian Space Agency is developing an external robotic system, Canadarm3, for the gateway. It will have an 8,5-metre-long arm, a smaller arm with more dexterity, and detachable tools. ESA will contribute refuelling modules, whereas the Japan Aerospace Exploration Agency and ESA will both collaborate on components for the I-Hab module—short for “international habitation”—which will provide additional living and work space.

Two important topics planned for study aboard the Gateway are the risks of long-term exposure in deep space and the real-time dynamics of space habitation, Savage said. Understanding both subjects is crucial for humans’ successful expansion into the celestial frontier. The Gateway provides a unique opportunity to study deep-space exposure and habitation because its orbital track will not be shielded by Earth’s magnetosphere. The station will therefore be exposed to true deep-space conditions like solar wind and radiation. NASA researchers back on Earth plan to compare both protected and exposed scenarios as the platform sails in and out of Earth’s magnetic bubble.

An outpost orbiting the Moon would “advance our understanding of the formation of our solar system, other stars and planets in our own galaxy, and of the universe at large.”

“You get to see a variety of deep-space conditions when you’re protected and when you move out of [Earth’s shield] and are being blasted by radiation,” said Savage. “Being able to test different conditions is really valuable information.”

Savage underscored the opportunity to go beyond the ISS research portfolio to study human health, astrophysics, and space weather on board the Gateway. A core research goal will be to observe solar flares and the pervasive effects of dust, two challenging components of the space environment that may determine how humans will survive off Earth.

The Artemis Gateway will provide the literal foundation to allow humans to reach the Moon and the opportunity to better study space’s harsh conditions. It would “advance our understanding of the formation of our solar system, other stars and planets in our own galaxy, and of the universe at large,” said de Pater.