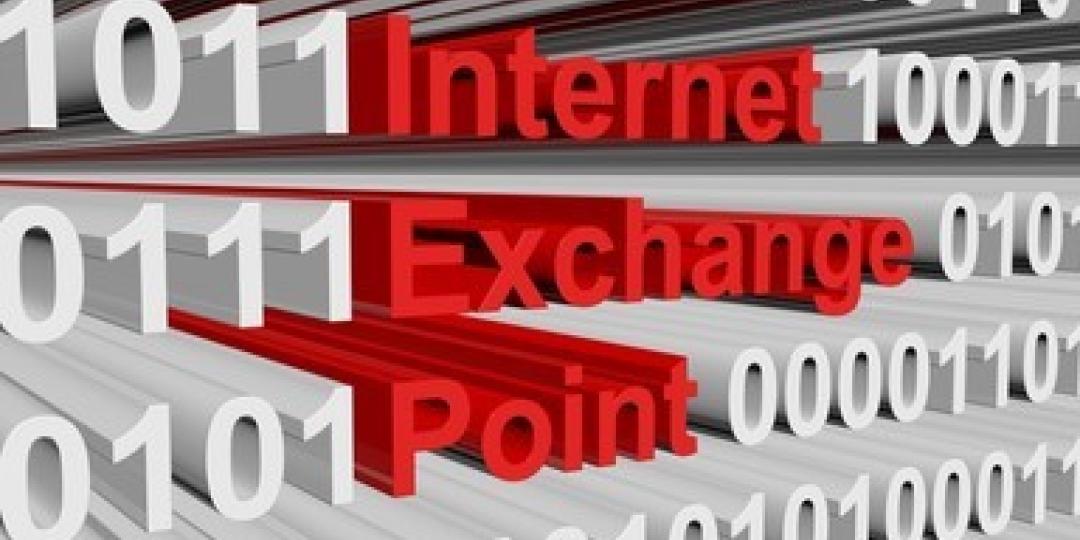 In 2022, NAPAfrica will celebrate a decade of playing a pivotal role in transforming Africa’s internet access and inter-connectedness. Established in 2012, with the aim to stimulate the development of an internet exchange (IXP) within a truly vendor-neutral environment, NAPAfrica has grown into the continent’s biggest IXP and the seventh largest globally by number of member connections. Most recently, NAPAfrica announced that it had reached a peering throughput milestone of more than 2Tbps, with over 500 organisations now actively peering. 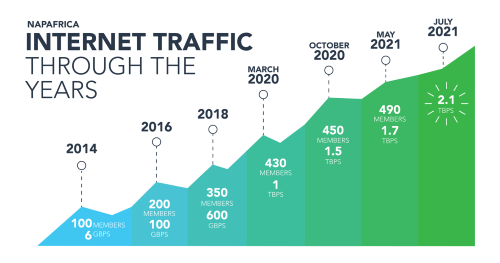 “The growth of NAPAfrica is a great African success story,” says Jan Hnizdo, CEO, Teraco, where the internet exchange’s infrastructure resides within vendor-neutral co-location data centres located in Cape Town, Durban and Johannesburg. “What started as an idea to attract global content to African shores whilst also improving latency, has emerged as a leading interconnection hub that is shaping the growth and access of the internet across the African continent.” It took eight years for traffic throughput on the internet exchange to reach 1Tbps, and only a little over fifteen months to double that.

NAPAfrica has made it possible for peering members to access global content within African borders and keep local traffic local – where previously, much of our traffic was routed via Europe. More recently, we have seen many new enterprises join the NAPAfrica peering community to improve resilience, lower costs and reduce the latency of accessing content and applications such as Microsoft Office 365, AWS Cloudfront, Akamai and Cloudflare. NAPAfrica has become a cornerstone for organisations in supporting their internet and communication needs with work-from-home strategies.

The continued investment into critical telecommunications infrastructure in Africa, especially in the local cloud regions like Microsoft Azure and AWS, subsea cables and broadband fibre, have also contributed enormously to the growth of NAPAfrica, as the continent’s demand for content and cloud services grows apace.

African enterprises are leveraging the benefits of peering by connecting with cloud deployments, networks, security providers and content providers within the NAPAfrica ecosystem as part of their move to a digital economy.

The number of IXPs in Africa has also grown exponentially since the launch of NAPAfrica, increasing from 19 in 2012 to 46 in 2020: “A 140% increase in the number of African exchanges is good news for the continent and its interconnectedness. We are proud of the innovative role NAPAfrica has played in shaping Africa’s internet access and usage.”

Deloitte’s Value of Connectivity report says that internet connectivity has already hugely benefitted developed economies, providing far-reaching economic and social advantages. Extending these opportunities to developing economies in Africa is critical in making the transition from a resource-based to a knowledge-based economy.

It is in the creation of a knowledge-based economy where Africa, and NAPAfrica, has seen the immense growth of cloud providers that are launching their services across the continent as the need for cloud-based technology increases. Coupled with this has been the extensive investment and uptake in fibre and subsea cable infrastructure, allowing users access to higher capacities than ever before.

Michele McCann, head of interconnection and peering, Teraco, says that people have now discovered the real power of the internet, be it working from home or for pure entertainment: “We are seeing NAPAfrica traffic grow daily as enterprises start investing in larger bandwidth options as they address work from home needs. From a content perspective, the UEFA EURO 2020 added over 400Gbps of additional traffic to the exchange.”

Increased demand on networks to service remote users has driven the adoption of key cloud and security applications such as Microsoft Office 365 services, AWS, Cloudflare and Zscaler.

As NAPAfrica continues to play a significant role by servicing not only South Africa but also the Southern African region, McCann says that similar traffic growth numbers are occurring elsewhere on the continent within countries such as Angola, Botswana, DRC, Lesotho, Madagascar, Mauritius, Malawi, Mozambique, Namibia, Réunion, Seychelles, Swaziland, Zambia and Zimbabwe.