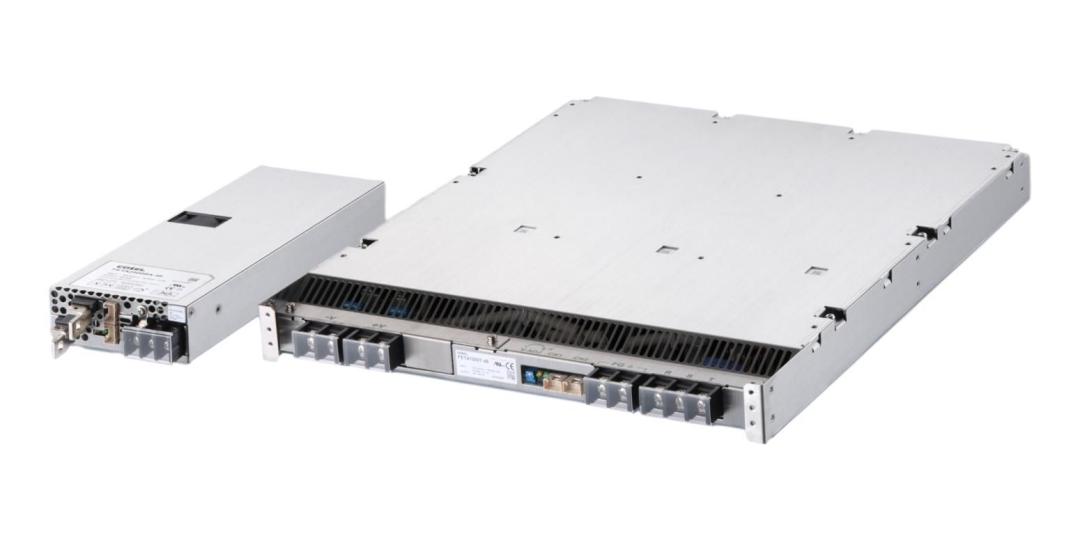 Cosel has announced the addition of a 3000W AC/DC enclosed power supply for industrial and demanding semi-conductor applications. Designed with advanced built-in digital microprocessor technology, the FETA3000BA includes active current sharing, making it simple to parallel up to 10 units for extra power or redundancy. For high efficiency, the FETA3000BA includes an active filter and uses a phase-shift, full-bridge topology offering an efficiency level of up to 93%. Addressing industrial applications and the semi-conductors’ equipment, the FETA3000BA complies with the SEMI F47 standard.

"Power supplies, which used to be a mass of analogue technologies, have been going through major changes since the turn of the century. Once controlled by switching devices on and oﬀ in an analogue circuit based on output voltage monitoring, they are now controlled digitally by micro-processors and software," said Mr. Todo, COSEL's manager of unit standard design department. “Cosel started to develop its own digital control technology at an early stage. By incorporating digital control technology into the analogue circuitry, Cosel has achieved power supplies with higher-level functions from which the FETA3000BA is fully benefiting."

To reduce audible noise, the FETA3000BA series is equipped with a thermo-regulated fan, the speed of which is automatically adjusted to optimise cooling for specific environments.

Aimed at industrial environments, the FETA3000BA series can be operated within a temperature range of -10 to +70C, 20 - 90%RH (Non condensing), and up to 3 000m max altitude. Depending on the cooling and assembling method, a power derating may apply.