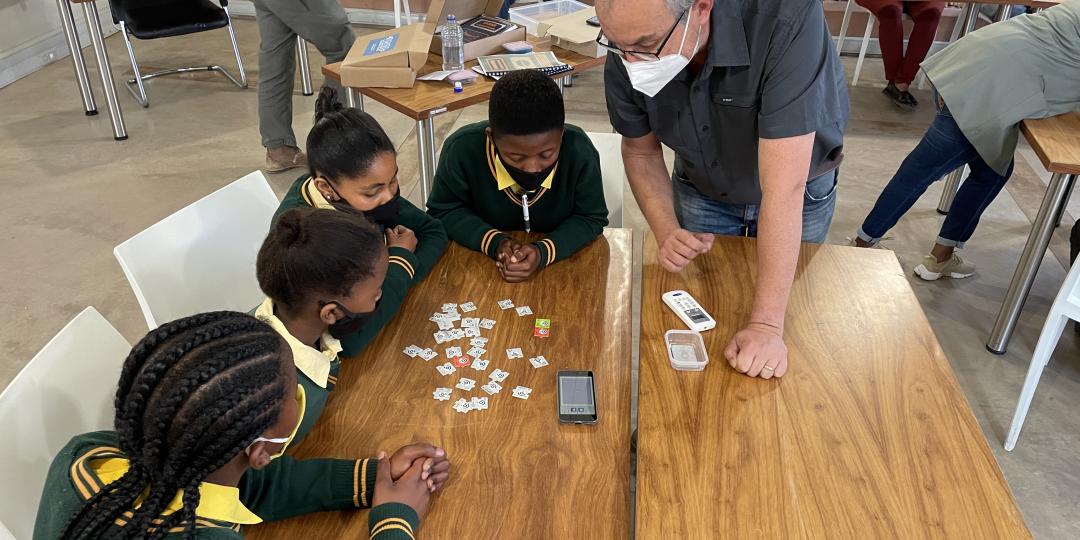 The project at Nelson Mandela University originates from an Honours project in 2017 by Byron Batteson. He developed the TANKS coding app, aimed at introducing learners to coding concepts without the use of computers

The IITPSA President’s Awards winners, announced during a virtual ceremony last  week, recognised achievers who have collectively demonstrated excellence in IT for over a century.

Professor Tshilidzi Marwala, Vice-Chancellor of the University of Johannesburg and winner of over 45 accolades, was named IT Personality of the year; while Herman Swanepoel, CIO and Innovation Officer at Bestmed Medical Scheme, won the Visionary CIO of the Year Award.

Ulandi Exner, past President of the IITPSA, received an IITPSA Fellowship award; and Prof. Jean Greyling, Associate Professor in the Department of Computing Sciences at the Nelson Mandela University and IITPSA Eastern Cape IT Personality of the Year 2019, won the Distinguished Service in ICT Award.

The IITPSA President’s Awards have recognised South African IT industry leading lights for over 40 years, acknowledging their professional excellence and setting them as examples of what the country’s IT professionals are capable of. The 2021 awards, themed ‘Excellence in the New Normal’, acknowledged the important role IT professionals play in helping the world to adapt to a changed environment.

In congratulating the winners, IITPSA President Admire Gwanzura said: “For the 2021 awards, we set out to recognise IT professionals playing a pivotal role in helping business and society successfully adapt to a digital ‘new normal’. What we found was nominees who have been enabling digital transformation and using IT to develop South Africa and its communities – not just in recent years, but for many decades. We are encouraged to note that South Africa’s IT industry is still led by great minds and innovators of this calibre, who have consistently demonstrated excellence in IT over many years.”

Prof Jean Greyling, HOD Department of Computing Sciences at the Nelson Mandela University, was the IITPSA Eastern Cape 2019 IT Personality and is widely recognised for his outstanding contributions to school and university ICT education in the Eastern Cape and nationally. He promotes IT careers and specifically programming, through the use of the TANKS app, to school children with limited access to computers throughout South Africa.

Since the launch of TANKS in November 2017, coding boot camps have been presented to tens of thousands of learners across South Africa, as well as in Zambia, Kenya and Norway.

Professor Greyling was invited to UNESCO’s flagship Mobile Learning Week in Paris, where TANKS was one of 60 innovations to be showcased.   The Distinguished Service in ICT Award is jointly presented by IITPSA and EngineerIT.