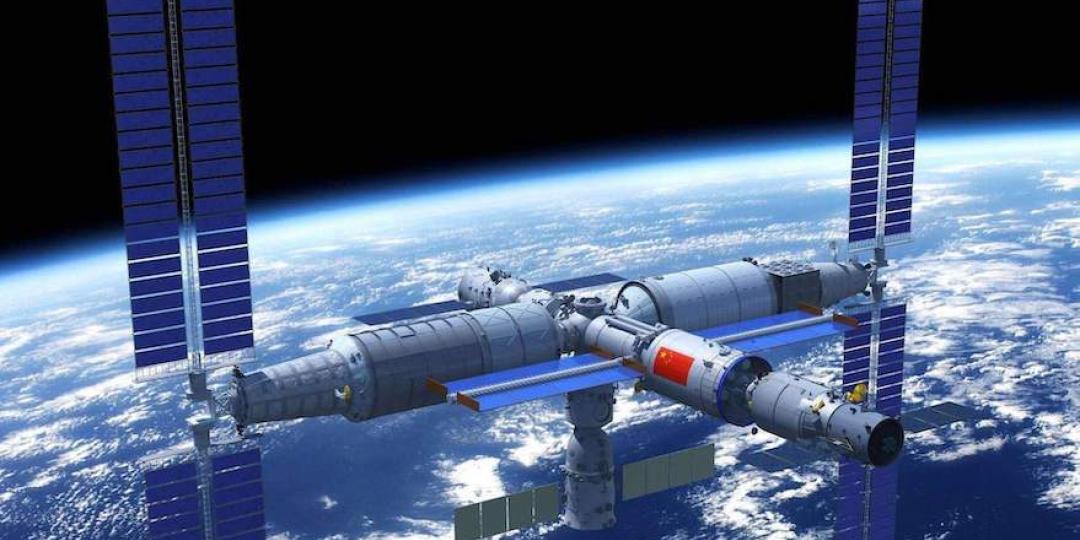 China successfully launched a 22 metric ton module on April 28, beginning an intense period of missions for constructing the nation’s own space station.

A Long March 5B heavy-lift rocket lifted off from the coastal Wenchang space port to start the construction of China’s own space station (CSS). The Tianhe space station core module separated from the first stage after 490 seconds of flight.

Tianhe, or “harmony of the heavens,” is now expected to raise its orbit to around 370 kilometres above the Earth. The uncrewed Tianzhou-2 cargo spacecraft is slated to rendezvous and dock with Tianhe in mid-late May, ahead of the visit of three astronauts aboard Shenzhou-12 in June.

The missions will be the first three of 11 launches scheduled for 2021 and 2022 to build the planned 66 ton, three-module orbital outpost. A Long March 2F rocket and Shenzhou spacecraft will also be on standby at all times at Jiuquan to perform emergency rescue missions to the space station, a senior space official said.

Tianhe, a much larger upgrade on China’s smaller, eight ton Tiangong testbed space labs, is equipped with a multi-docking hub to facilitate construction of the space station and allow crew to embark on extra-vehicular activities.

The 16.6 metre long, 4.2-metre diameter Tianhe will provide regenerative life support and the main living quarters for astronauts, as well as propulsion to maintain orbital altitude.

The construction phase of China’s space station begins nearly 30 years after the project was first approved, back in 1992. Throughout this period, China has developed and tested the Shenzhou spacecraft and Long March 2F for human spaceflight, Tianlian relay satellites, rendezvous and docking technologies, refueling in microgravity, new launch vehicles and the coastal Wenchang Satellite Launch Centre in order to proceed with the project.

The CSS is expected to operate in orbit for at least ten years. Experiment modules named Wentian and Mengtian, which are expected to launch in 2022, will host a plethora of experiments in areas including astronomy, space medicine, space life science, biotechnology, microgravity fluid physics, microgravity combustion and space technologies.

International science payloads and experiments have also been selected for a journey to the CSS through cooperation between the United Nations Office for Outer Space Affairs (UNOOSA) and the China Manned Space Agency (CMSA). China had expressed interest in joining the international space station project but membership was effectively denied by U.S. policy towards China’s space programs.

The launch of the Tianhe core module was delayed by the 2017 launch failure of the second Long March 5. This saw the postponement of the test launch of the Long March 5B variant for low Earth orbit launches, while issues with the YF-77 liquid hydrogen-liquid oxygen engine for the core stage were isolated and remedied.

The CSS will also be joined in orbit by the Xuntian optical module, a co-orbiting, Hubble-class space telescope. The space telescope will have a two metre aperture comparable to Hubble, but will feature a field of view 300 times greater, allowing 40 percent of the sky to be surveyed across a decade.

Xuntian will be capable of docking with the CSS for maintenance and repairs. The space station itself could also be expanded from three to six modules, using modules developed as backups.