196% Increase in cyber-attacks on Ukraine’s government and military sector, amid war

196% Increase in cyber-attacks on Ukraine’s government and military sector, amid war 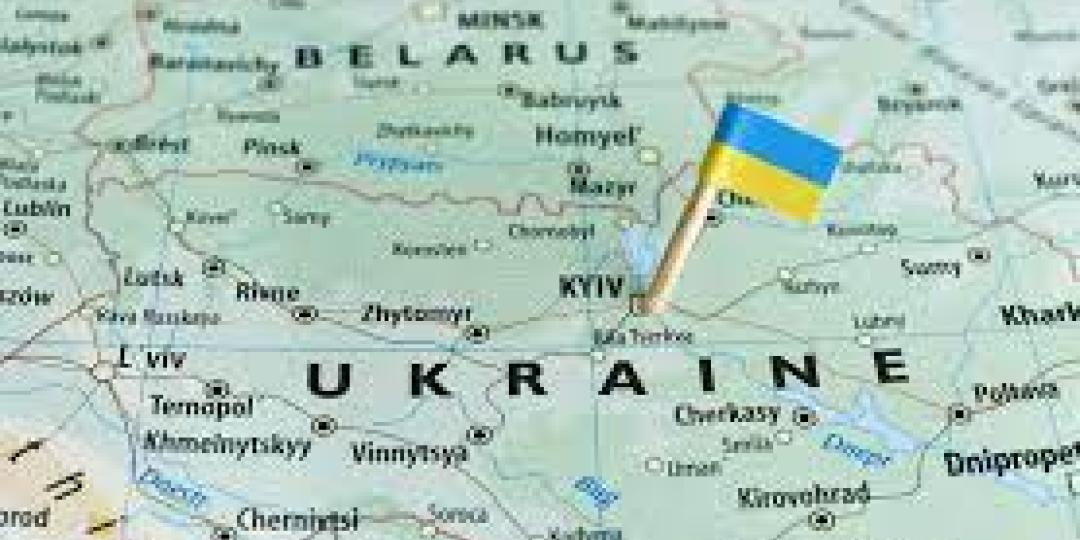 “Cyber activity is surging around the ongoing Russia/Ukraine conflict. We’re seeing cyber attack increases on both sides, with the Ukrainian government and military sector seeing the heaviest increase. It’s important to understand that the current war also has a cyber dimension to it, where people online are choosing sides, from the dark web to social media. The Russia/Ukraine conflict is polarising the cyberspace. Hacktivists, cybercriminals, white hat researchers or even technology companies are picking a clear side, emboldened to act on behalf of their choices. For people seeking to donate to Ukraine, we’re issuing strong caution of fraudulent emails seeing to capitalise off your willingness to give. Always check the email address of the email sender. Watch for any misspellings in emails. And verify if the email sender is authentic. We’ll continue to monitor all sides of the cyber activity around the ongoing war,” says Lotem Finkelstein, head of threat intelligence at Check Point Software.

On the Ukrainian government and military sector, CPR documented a 196% increase in cyber attacks in the first three days of combat, compared to the early days of February 2022. The same sector globally and in Russia did not show a similar increase.

4% increase in cyber attacks on Russia 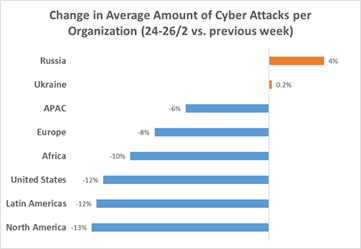 CPR witnessed that a significant seven-fold increase was in malicious phishing emails in the East Slavic languages (Russia/Ukrainian letters). The chart below depicts the percentage of such emails out of all malicious emails sent per week in the past five weeks: 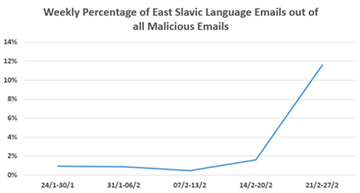 Additionally, a third of such phishing emails directed at Russian recipients were sent from Ukrainian email addresses, either real or spoofed.

Beware of donation fraud to Ukraine

CPR also witnessed fraudulent emails taking advantage of the situation in order to gain financial profit, luring the recipients to donate money to fake Ukrainian support funds. Below is an example: 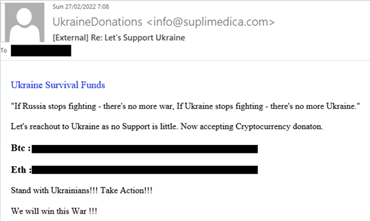 Safety tips for people looking to donate to Ukraine:

One of the most common techniques used in phishing emails are lookalike or fake domains. Lookalike domains are designed to appear to be a legitimate or trusted domain at a casual glance. For example, instead of the email address manager@company.com, a phishing email may use manager@cornpany.com or boss@compаny.com. Phishers may also use fake but plausible domains in their attacks.

A common goal of phishing emails is to trick recipients into downloading and running attached malware on their computers. For this to work, the email needs to carry a file that is capable of running executable code. As a result, phishing emails may have unusual or suspicious attachments. For example, a supposed invoice may be a ZIP file or an attached Microsoft Office document may
require macros to be enabled to view content. If this is the case, it is probable that the email and its attachments are malicious.

Often, phishing emails are not written by people fluent in the language. This means that these emails can contain grammatical errors or simply sound wrong. Real emails from a legitimate organisation are unlikely to have these mistakes, so they should be a warning sign of a potential phishing attack.

Phishing emails are designed to convince the recipient to do something that is not in their best interests (giving away sensitive information, installing malware, etc.). To accomplish this, phishers commonly use psychological tricks in their campaigns, such as:

Phishing emails are designed to steal money, credentials, or other sensitive information. If an email makes a request or a demand that seems unusual or suspicious, then this might be evidence that it is part of a phishing attack.

* The statistics and data used in this report present data detected by Check Point’s threat prevention technologies, stored and analysed in ThreatCloud. ThreatCloud provides real-time threat intelligence derived from hundreds of millions of sensors worldwide, over networks, endpoints and mobiles. The intelligence is enriched with AI-based engines and exclusive research data from Check Point Research, the intelligence and research arm of Check Point.